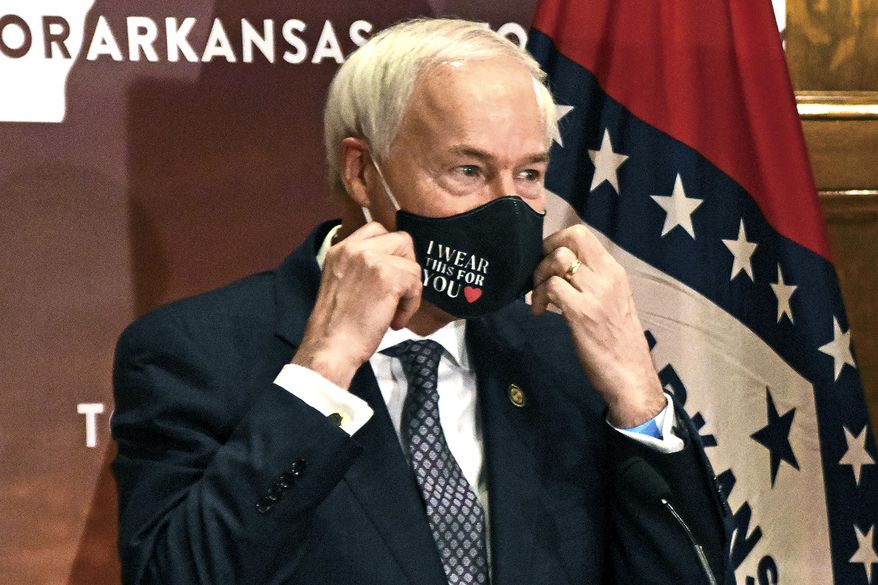 In this July 20, 2020 file photo, Arkansas Gov. Asa Hutchinson removes his mask before a briefing at the state capitol in Little Rock. Hutchinson has signed into law a measure that would allow doctors to refuse to treat someone because of moral or religious objections. Gov. Hutchinson on Friday, March 26, 2021, signed the legislation, despite objections that it would give medical providers broad powers to turn away LGBTQ patients and others. (Staci Vandagriff/The Arkansas Democrat-Gazette via AP, File)

No sooner had Arkansas Gov. Asa Hutchinson signed one transgender-related bill than a second one landed on his desk.

After approving a bill last week banning transgender athletes from female sports, the Republican governor now is considering House Bill 1570, which would bar doctors from offering puberty-blocking drugs, cross-sex hormones and gender-altering surgeries to patients 18 and under.