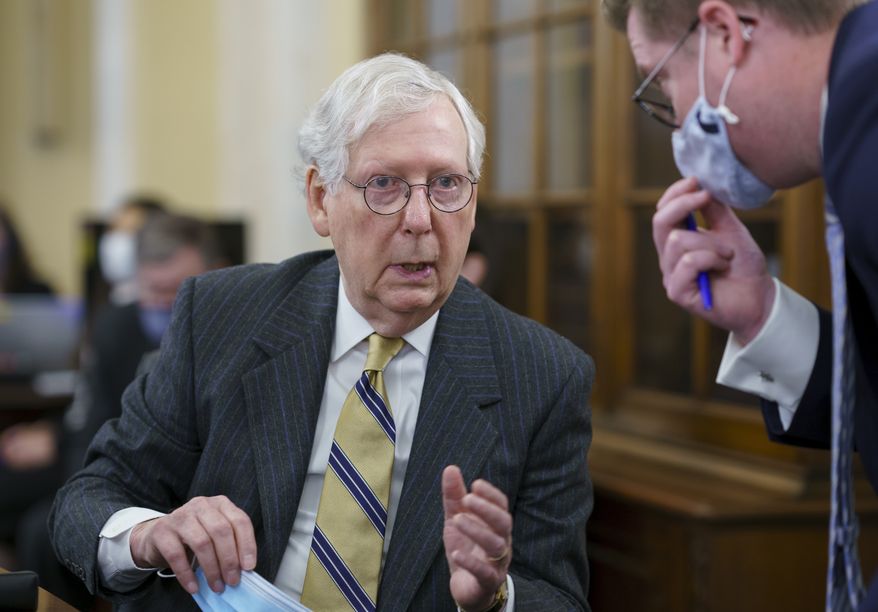 Senate Minority Leader Mitch McConnell, R-Ky., turns to an aide as the Senate Rules Committee holds a hearing on the "For the People Act," which would expand access to voting and other voting reforms, at the Capitol in Washington, Wednesday, March 24, 2021. The bill has already passed in the House. (AP Photo/J. Scott Applewhite)

Senate Minority Leader Mitch McConnell dismissed rumors of his impending retirement on Tuesday, one day after the Kentucky Legislature enacted a new law governing how senatorial vacancies are filled.

“I don’t think we’re going to have a vacancy. I’m not going anywhere,” said Mr. McConnell, Kentucky Republican. “I just got elected to a six-year term. And I’m still the leader of my party in the Senate.”