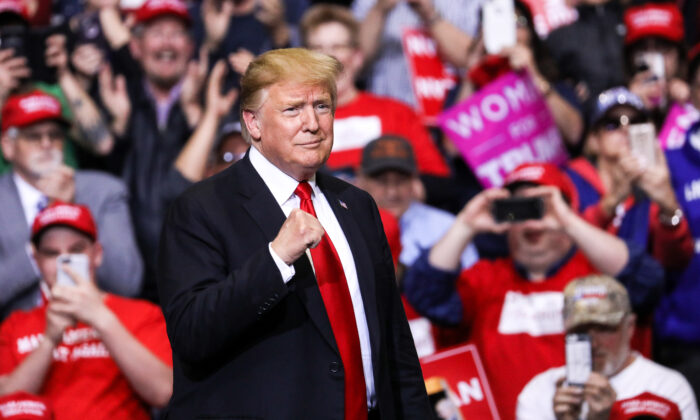 Former President Donald Trump may hold one of his signature large rallies soon.

“We’re thinking about doing one relatively soon just to let everybody know that there’s hope in the future,” the former president told his daughter-in-law Lara Trump in Florida on Tuesday night.