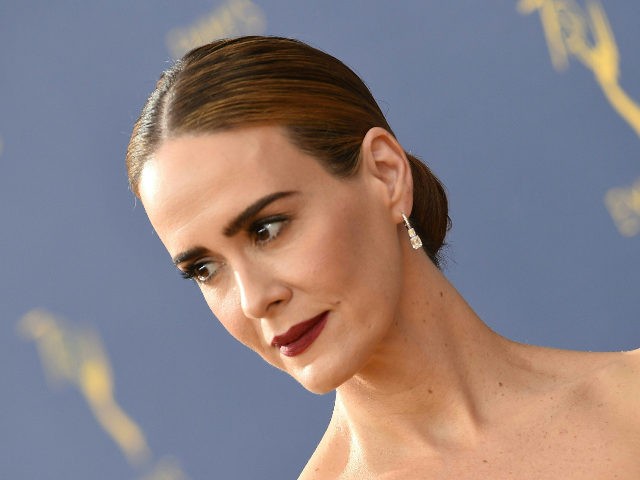 American Horror Story actress Sarah Paulson is facing the wrath of the cancel culture mob for refusing to put her pronouns in her Twitter bio.

The cancel mob descended after Sarah Paulson fired back at a random Twitter user who had ordered the Emmy-winning actress to declare her pronouns. Paulson replied that she didn’t like being told “what do do.”