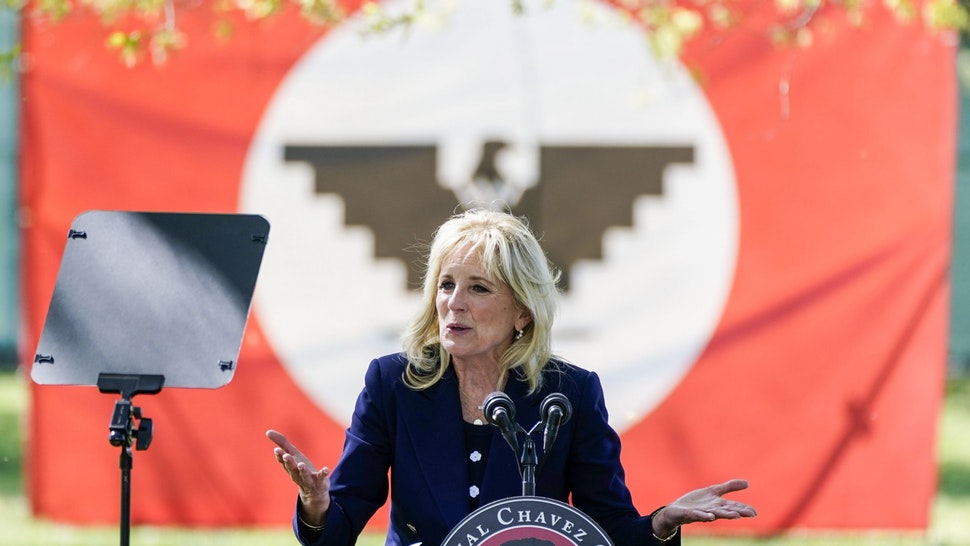 First Lady Jill Biden was mocked and criticized on Wednesday afternoon after a botched attempt to speak Spanish. Video of her failed attempt to speak a foreign language then drew attention to a controversial-looking flag that was behind her.

Jill Biden made the remarks during an event speaking to farmworkers on the birthday of Cesar Chavez, a left-wing labor leader and activist who had a history of making bigoted remarks toward immigrants.