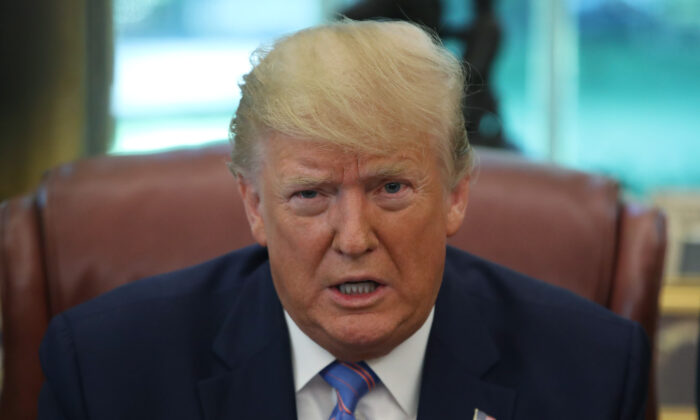 Then-President Donald Trump speaks to the media after signing a bill for border funding in the Oval Office at the White House in Washington, D.C., on July 1, 2019. (Mark Wilson/Getty Images)

Former President Donald Trump, in a new interview on Thursday, accused Facebook and other tech giants of engaging in “total censorship” after his interview with Lara Trump for her podcast was taken down by Facebook.

“What’s happening now in this country, nobody ever thought would happen,” he told Dr. Gina Loudon in an interview. “It is total censorship.”