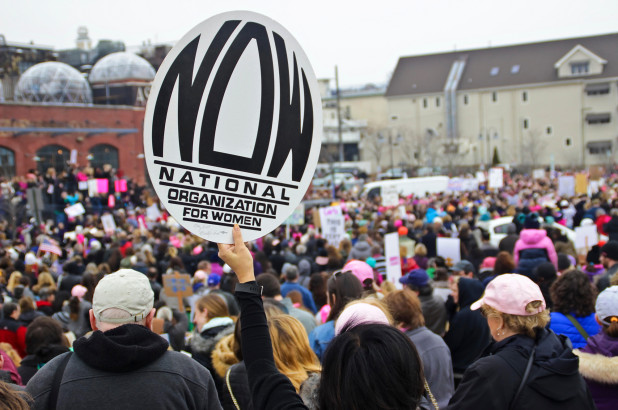 Protesters with NOW (National Organization for Women) at the Women's March in New Jersey in 2017.Alamy Stock Photo

On the first day of his administration, President Biden issued an executive order saying student-athletes should compete under the sex they identify as.

His action spurred a tug of war, pitting those who oppose allowing transgender women to compete in women’s sports against those who support it.