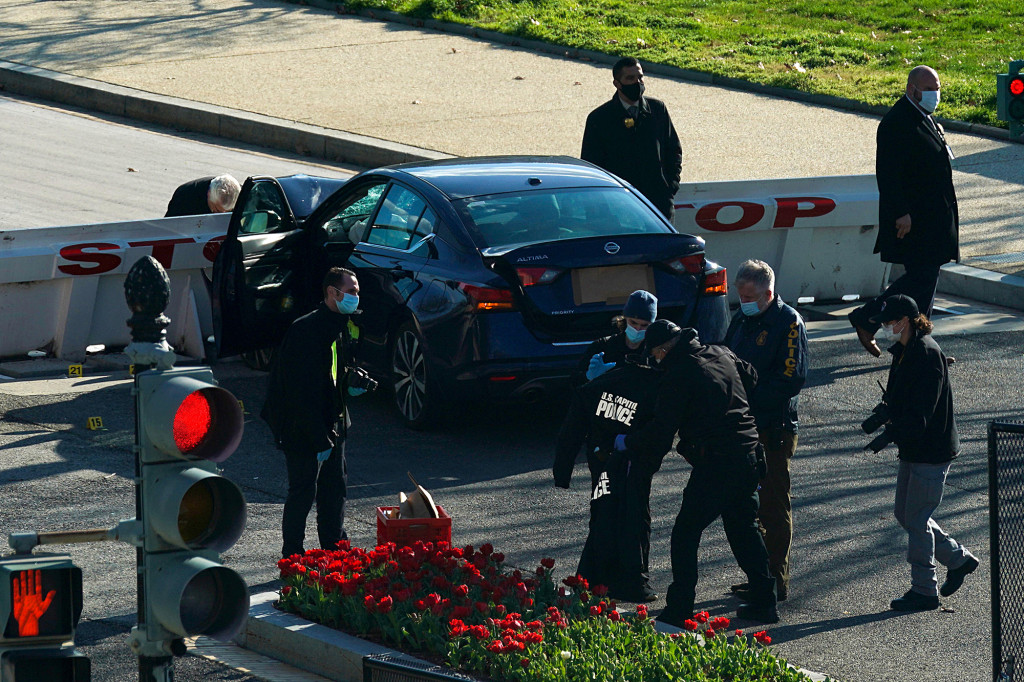 Law enforcement officers hold up a US Capitol Police jacket at the site after a car rammed a police barricade outside the US Capitol. Reuters

Facebook admitted Friday it suspended the accounts of the suspect in the fatal US Capitol incident — as news outlets reported he was a Nation of Islam devotee who recently lost his job and believed the government was conducting mind control experiments on him.

“We have designated the incident under our Dangerous Individuals and Organization policy, which means we have removed the suspect’s accounts from Facebook and Instagram, and are removing any content that praises, supports, or represents the attack or the suspect,” Facebook said in a statement to NBC.