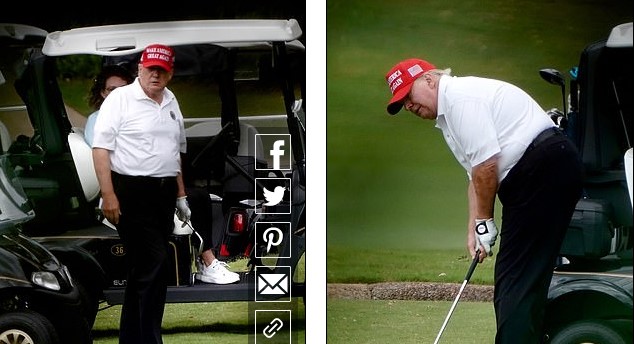 Donald Trump, seen golfing on Saturday, has expanded the list of companies he is calling on his supporters to boycott over their supposed opposition to a new Georgia law. Reportes El Molinon for DAILYMAIL.COM

Warns The ‘Radical Left’ Will Destroy US

Donald Trump has expanded the list of companies he is calling on his supporters to boycott over their opposition to a new Georgia law placing tougher restrictions on absentee voting.

‘For years the Radical Left Democrats have played dirty by boycotting products when anything from that company is done or stated in any way that offends them,’ Trump said in a statement on Saturday. ‘We can play the game better than them.’