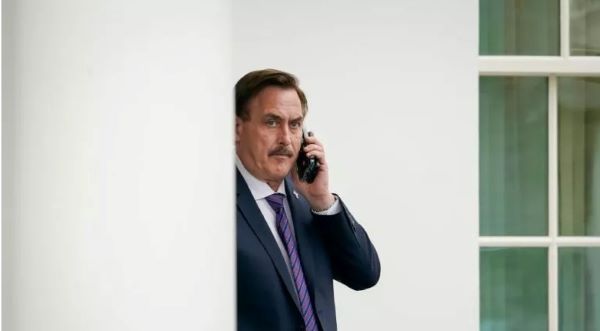 MyPillow CEO Mike Lindell said that his company won't be able to get back the $65 million its lost in revenue over the businessman's ties to former President Donald Trump. In this photo, Lindell waits outside the West Wing of the White House before entering on January 15 in Washington, D.C. DREW ANGERER/GETTY IMAGES

MyPillow CEO Mike Lindell admitted in a recent interview that his company won’t be able to get back all of the $65 million in lost revenue that has come as a result of his close ties to former President Donald Trump and its promotion of groundless conspiracy theories about the 2020 election.

More than 20 retailers have removed MyPillow products from their shelves since January, among them Sam’s Club, Kohl’s and Bed, Bath & Beyond. Lindell first told Insider in February that his company had lost $65 million in revenue.