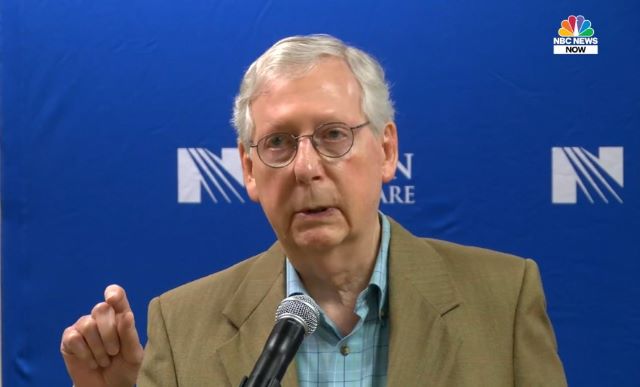 The Senate minority leader said corporations “have a right to participate in a political process” but should do so without alienating “an awful lot of people.”

Senate Minority Leader Mitch McConnell, R-Ky., said Tuesday that it is “stupid” for corporations to take stances on divisive political issues but noted that his criticism did not include their political donations.

“So my warning, if you will, to corporate America is to stay out of politics,” McConnell told reporters at a news conference in Louisville. “It’s not what you’re designed for. And don’t be intimidated by the left into taking up causes that put you right in the middle of one of America’s greatest political debates.”