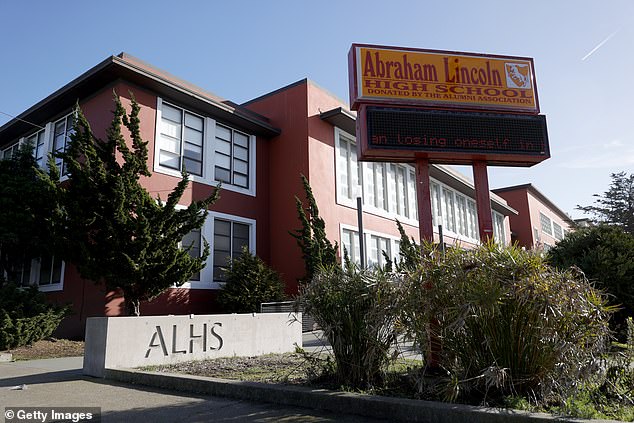 Abraham Lincoln High School is seen in San Francisco. A San Francisco school board has reversed its decision to rename 44 schools that were named after historic figures including American presidents Abraham Lincoln, George Washington and Thomas Jefferson

Schools Named After Historic Figures, Including Lincoln, Washington And Jefferson

San Francisco’s school board has reversed its much-criticized decision to rename 44 schools that were named after ‘controversial’ historic figures, including American presidents Abraham Lincoln, George Washington and Thomas Jefferson.

The city’s Board of Education voted unanimously Tuesday to formally suspend its plan to strip the names off a third of San Francisco’s public schools – a move that was criticized as cancel culture run amok.