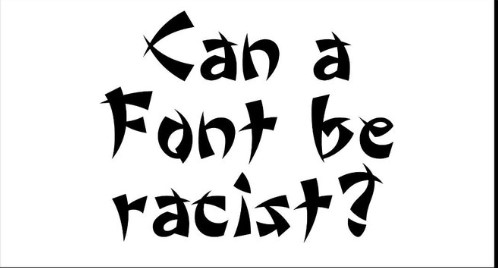 CNN has developed a reputation for finding offense around every corner, but the liberal network was mocked on Wednesday for taking it a step further and declaring certain text fonts “communicating Asianness” can be racist.

“CNN has reached the epitome of ‘we’re out of stuff to pretend to be outraged by this week for clicks’ if they’re surmising which fonts are racist,” political satirist Tim Young told Fox News.