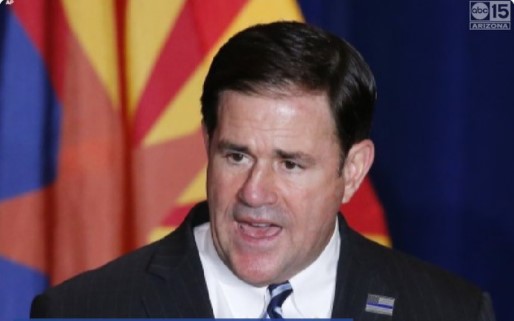 PHOENIX — According to the President Biden administration, Customs Enforcement and Border Protection apprehended 172,000 people at the Southwest border in March, the most in 15 years. Of those apprehended, 19,000 were unaccompanied children and teenagers, the most ever in a single month.

Frustrated by what he views as inaction by the Biden Administration, Arizona Governor Doug Ducey said he is considering calling up the National Guard.