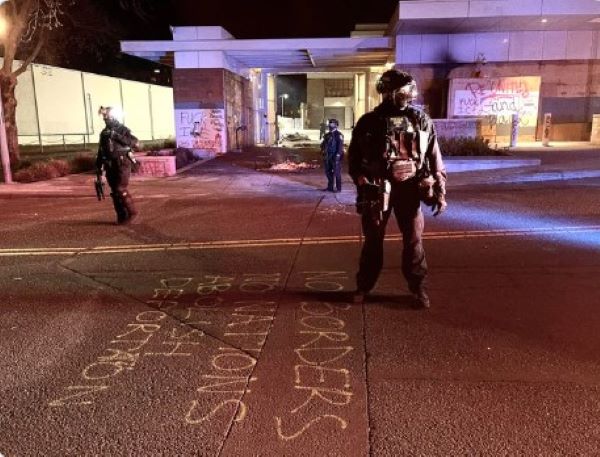 There were no immediate reports of arrests

Police and protesters faced off outside the building near the Willamette River waterfront, according to freelance journalist Chris Landis.