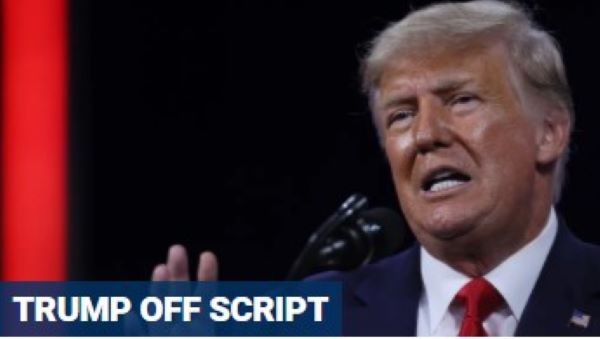 The event took place at Trump’s Mar-a-Lago club in Palm Beach, Florida, where the nation’s 45th president delivered a keynote address that often veered away from an advance release of his speech.