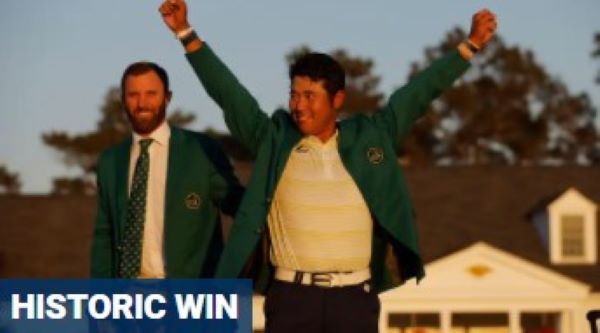 Matsuyama held off Will Zalatoris, who finished with a 9-under 279

Hideki Matsuyama is officially in a class of his own.

On Sunday, Matsuyama, who shot a 1-over 73 to win the Masters by one stroke, became the first male golfer from Japan to claim one of golf’s major championships. Matsuyama held off Will Zalatoris, who finished with a 9-under 279.