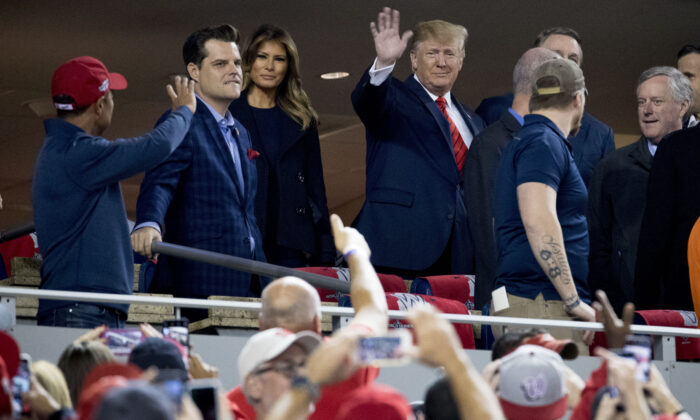 An adviser and spokesman for former President Donald Trump called on CNN to retract a story that claimed—citing anonymous sources—that embattled Rep. Matt Gaetz (R-Fla.) attempted to meet with Trump at Mar-a-Lago, Florida, but was stopped by the former commander-in-chief’s aides.

“This @CNN story is complete fake news,” Trump adviser Jason Miller wrote on Twitter. “No such scheduling or meeting request was ever made, and therefore, it could never have been declined.