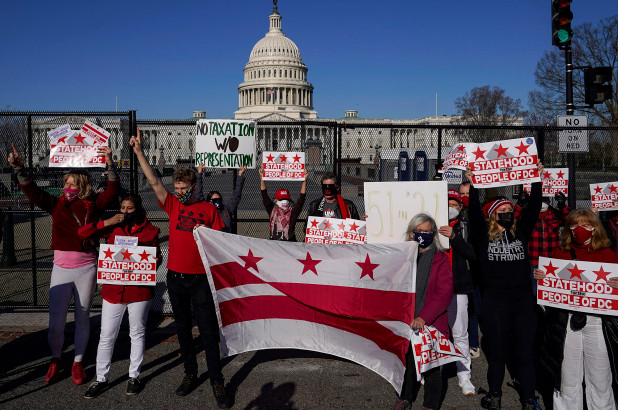 Residents of the District of Columbia rally for statehood near the US Capitol on March 22, 2021 in Washington, DC.Getty Images

Republican attorneys general from around the country came together in opposition to congressional Democrats’ efforts to make Washington, DC, a state, sending a letter to President Biden and congressional leaders claiming that the proposed legislation is unconstitutional.