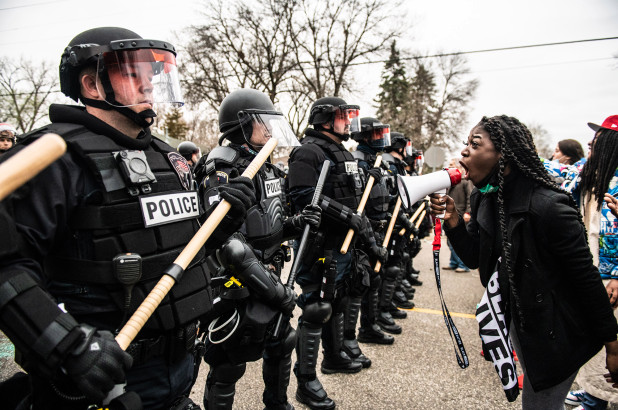 Protestors demonstrate on April 11, 2021 in Brooklyn Center, Minnesota after the killing of Daunte Wright.© imageSPACE via ZUMA Wire

By now, it’s a ritual of contemporary American life — a police-involved shooting followed by a riot.

Police in Brooklyn Center, Minn., shot and killed 20-year-old Daunte Wright during a traffic stop last weekend, leading to a ­violent siege of the police headquarters and looting of local businesses.