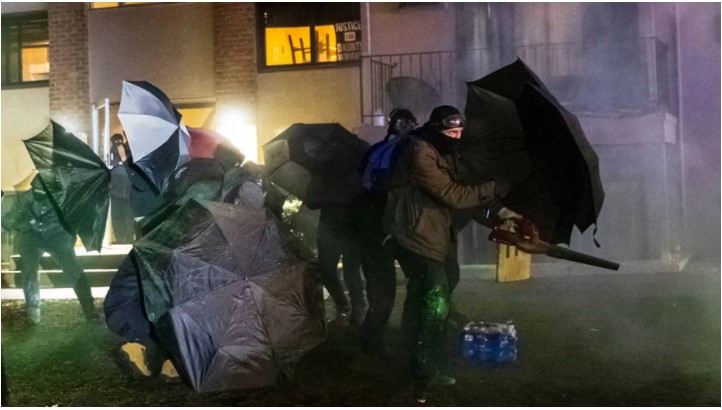 Crowds protesting the fatal police shooting of Daunte Wright gathered once again in cities across America on Tuesday night, chanting his name from coast to coast.

The demonstrations turned violent and unruly in places like Brooklyn Center, Minnesota — where the 20-year-old Black man was shot and killed Sunday during a traffic stop – and in Portland, Oregon, where a police union building was set ablaze. the second-degree manslaughter charge later Wednesday.