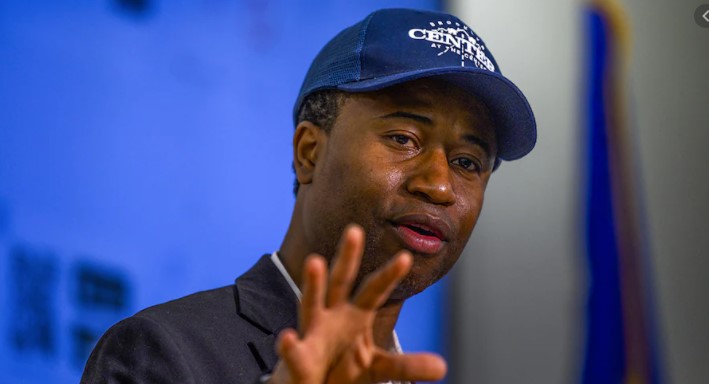 Brooklyn Center mayor Mike Elliott says, ‘We don’t want the flag to be a flashpoint’

A pro-law enforcement flag that was flying outside Brooklyn Center, Minnesota’s police station has been removed amid concerns that it would inflame tensions in the wake of Daunte Wright’s death.

At a press conference Tuesday, Mayor Mike Elliott confirmed that he had asked for the “thin blue line” flag’s removal.