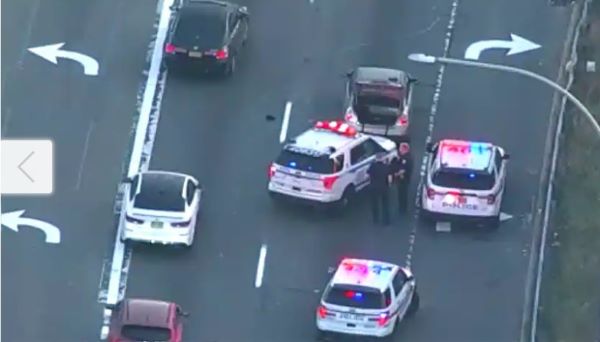 Aerial images obtained by FOX 5 NY show the Nissan Altima that police stopped this morning. Police discovered a dead body in the trunk of the Altima, which was carrying four alleged MS-13 members, sources said. (FOX 5)

The 4 men were being looked at as part of the ongoing Homeland Security Investigations probe, sources said

Four alleged MS-13 gang members who were under federal investigation were taken into custody on Wednesday after New York Police Department (NYPD) officers saw them carrying a long object and followed them to discover the suspicious-looking item was actually a woman’s body wrapped in a blanket, police and law enforcement sources told Fox News.