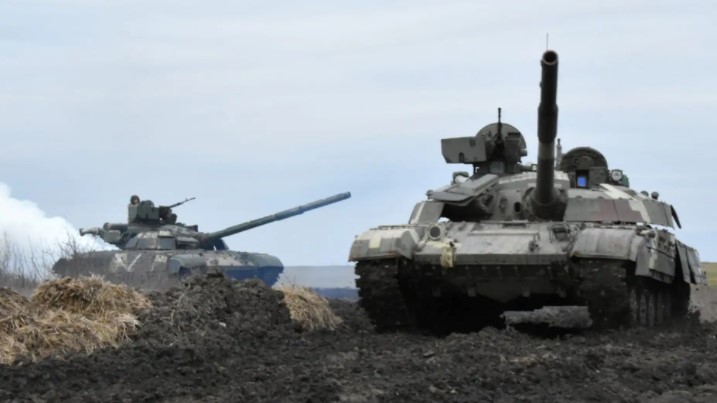 Tanks of the Ukrainian Armed Forces are seen during drills at an unknown location near the border of Russian-annexed Crimea, Ukraine. (Reuters/Press Service General Staff of the Armed Forces of Ukraine)

More than 100,000 Russian troops in assault vehicles painted with “invasion stripes” were headed to Ukraine’s border Wednesday, intensifying fears of war between the neighboring nations.