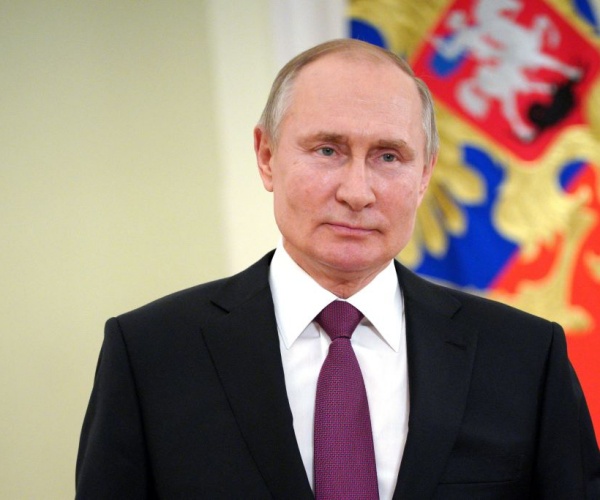 Russian President Vladimir Putin addresses on the occasion of the Day of the National Guard Troops, in Moscow, on March 27, 2021. (Photo by Mikhail KLIMENTYEV / Sputnik / AFP) (Photo by MIKHAIL KLIMENTYEV/Sputnik/AFP via Getty Images)

Russian President Vladimir Putin on Thursday announced Russia would be closing off the Kerch Strait to foreign warships until fall following President Joe Biden’s announcement he would stop two U.S. warships headed to the area in an effort to lessen tensions, the New York Post reported.

Biden said Thursday that “now is the time to de-escalate” after he had announced sanctions on Russia tied to the SolarWinds hack that the United States blames on Russia and on Russia’s continued presence in Crimea, which was seized from Ukraine in 2014.