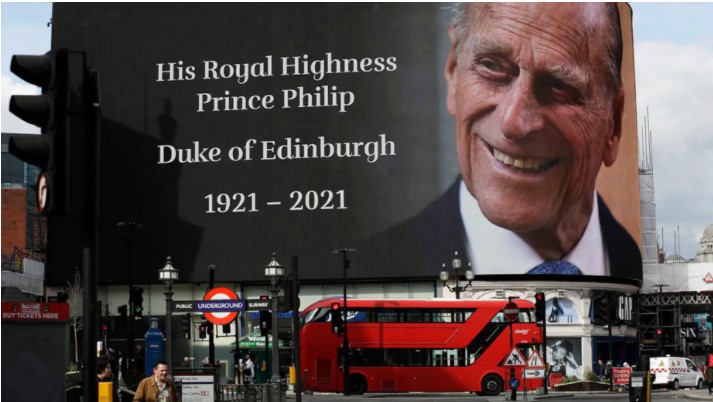 A tribute to Britain's Prince Philip is projected onto a large screen at Piccadilly Circus in central London on April 9. (AP Photo/Matt Dunham)

It’s a somber day for the British royal family, Britons and supporters around the world as Prince Philip’s funeral is underway at St. George’s Chapel in Windsor Castle.

The Duke of Edinburgh, Queen Elizabeth II’s husband of 73 years, died on April 9. He was 99.

The ceremonial royal funeral is a slimmed-down send-off to Philip, the longest-serving royal consort in British history. The ceremony, code-named Operation Forth Bridge, was limited to 30 attendees, but the service is one that the Duke of Edinburgh had much participation in planning prior to his passing.