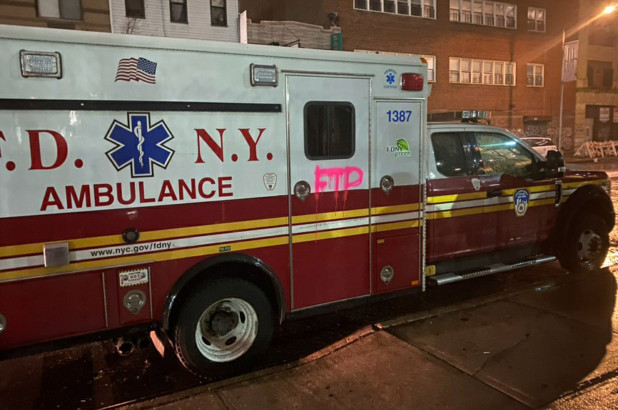 Since January, anti-authority thugs have smashed windows of at least four ambulances.

FDNY EMTs and paramedics are under attack and in dire need of first aid, but no one is hearing their call, their union boss said.

Since January, anti-authority thugs have smashed windows of at least four ambulances and vandalized vehicles parked at an EMS base in Bedford-Stuyvesant, Brooklyn, Oren Barzilay, president of Local 2507 of the Uniformed EMTs, Paramedics and Fire Inspectors union, told The Post.