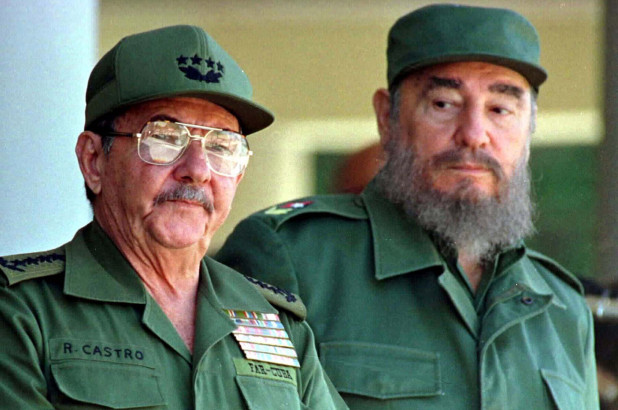 Raul and Fidel Castro preside over a ceremony marking the 100th anniversary of the death of independence hero Antonio Maceo in Havana on Dec. 7, 1996.Rafael Perez/Reuters

By Ben Brachfeld and Isabel Vincent

When Raul Castro announced the end of his family dynasty’s grip on power in Cuba, Horacio Llerena was happy to see him go.

Llerena, a New Jersey contractor, escaped the Communist island as part of a mass migration of Cubans known as the Mariel boat lift in 1980, when Raul’s brother Fidel Castro was at the helm.