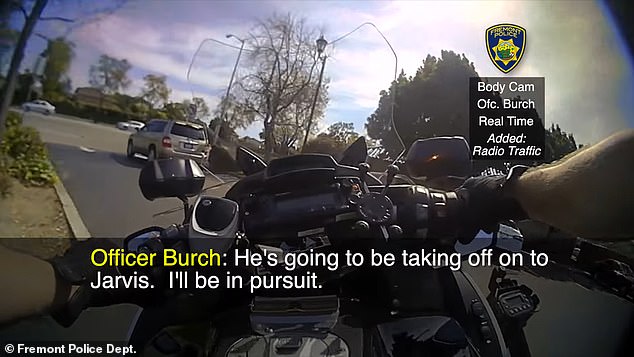 The video starts with Officer Burch, a six-year veteran who was on traffic duty, driving his motorcycle towards Gloria's car after being informed that it had activated a license plate reader camera nearby

Tried To Steal His Motorcycle During Highway Chase

This is the moment a California cop shot dead a dangerous fugitive from 30 yards after he opened fire on the officer and tried to steal his motorcycle during a highway chase.

Click the link below to read the rest of this story and see the video.