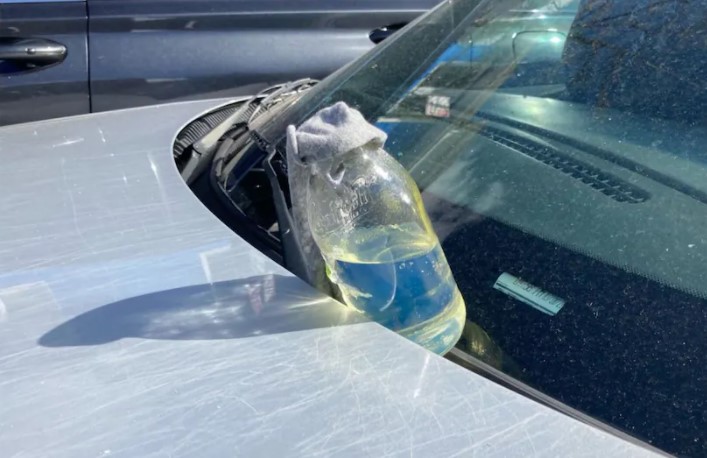 The officer doused with the liquid was doing fine, police said

A motorist hurled a Molotov cocktail at New York City police officers Saturday morning and doused another in the face with a liquid chemical during separate incidents, authorities said.

The NYPD told Fox News that officers in Brooklyn attempted to pull over a 2000 Lincoln Town Car being driven by a 44-year-old man just before 8 a.m. When the driver is asked if he has his driver’s license and vehicle registration, the suspect says no, according to police body camera footage.