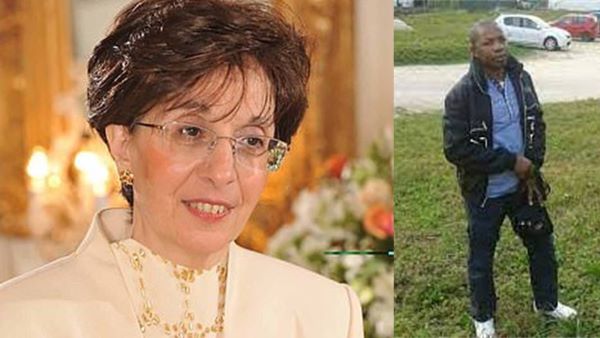 Sarah Halimi, pictured, was killed and thrown from her balcony by Kobili Traore (right) in April 2017 while the drug dealer was suffering a cannabis-fueled psychotic episode

France’s top court will not prosecute a Muslim man who shouted ‘Allahu Akbar’ as he allegedly pushed a Jewish woman from the balcony of her apartment block because he was too high on cannabis to be held criminally responsible.

The Court of Cassation’s Supreme Court of Appeals upheld a previous ruling that the defendant, Kobili Traore, cannot be held criminally responsible for the killing of Jewish woman Sarah Halimi in Paris in April 2017 because he was in a psychotic state due to smoking up to 15 cannabis joints a day.