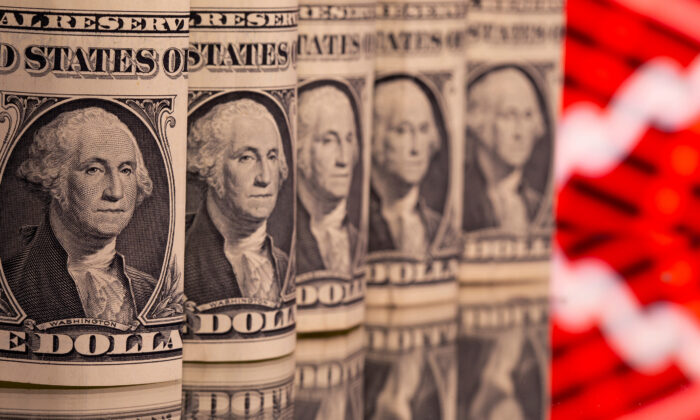 U.S. one dollar banknotes are seen in front of displayed stock graph in this illustration on Feb. 8, 2021. (Dado Ruvic/Illustration/File Photo/Reuters)

LONDON—The dollar slumped to a six-week low against major peers on Monday, with Treasury yields near their lowest in five weeks, after the U.S. Federal Reserve reiterated its view that any spike in inflation was likely to be temporary.

The dollar was also held down by improved risk sentiment amid a rally in global stocks to record highs.