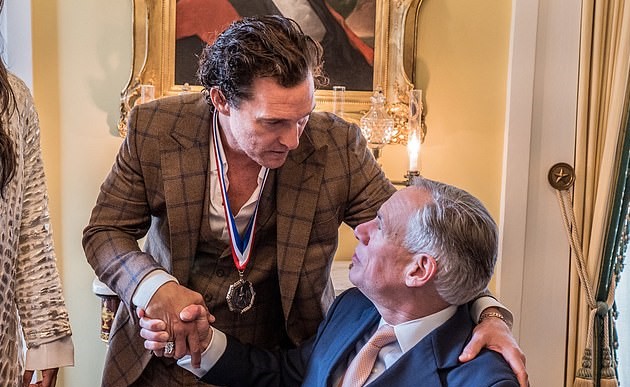 Compared To 33% For Gov. Greg Abbott

Matthew McConaughey could be in with a chance of becoming Governor of Texas – that is, of course, if he decided to run for the prestigious position.

Even though McConaughey’s name is not on any ballot, a survey found voters looked upon the Oscar-winning actor favorably. McConaughey has teased political pundits and TV talk show hosts that he might enter politics in his home state.