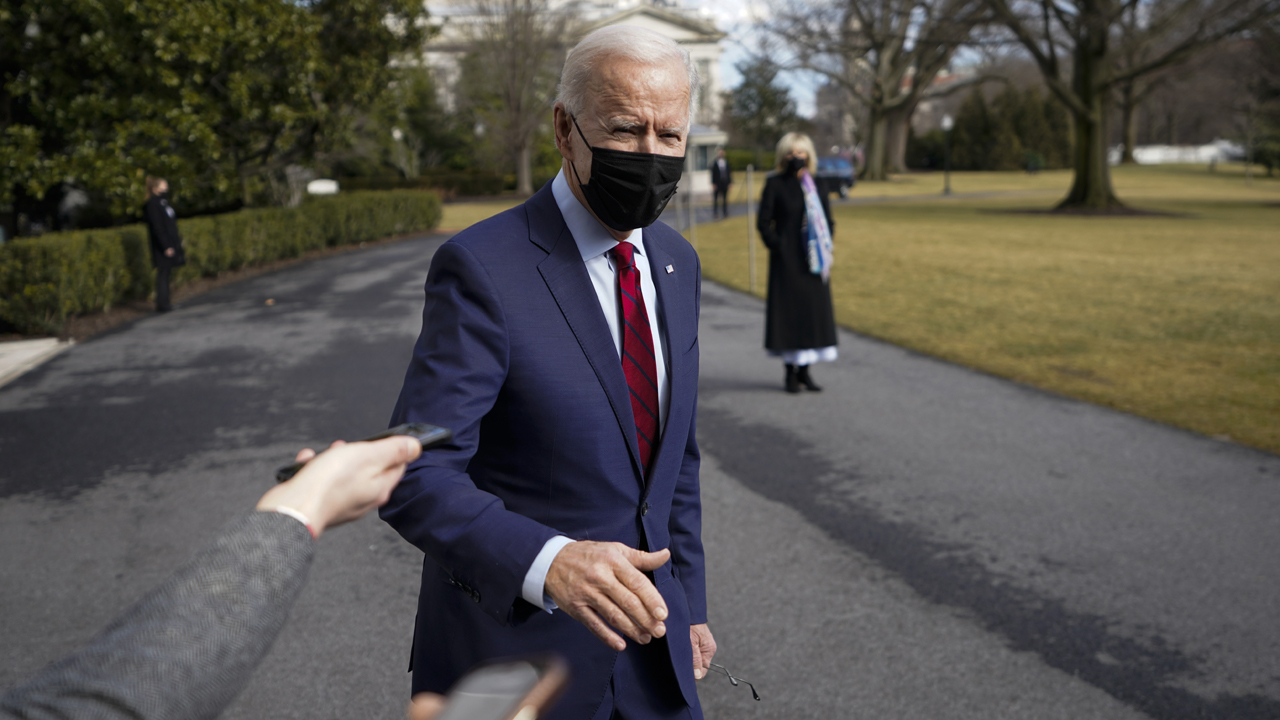 President Joe Biden walks past members of the media as he and first lady Jill Biden leave the White House in Washington to board Marine One helicopter, Saturday, Feb. 27, 2021, for the short trip to Andrews Air Force Base, Md., and then on to Wilmington, Del. (AP Photo/Pablo Martinez Monsivais)

The Washington Post reported late Monday that President Biden plans to unveil the American Families Plan, the second part of his multitrillion-dollar Build Back Better agenda, ahead of his address to a joint session of Congress on April 28.