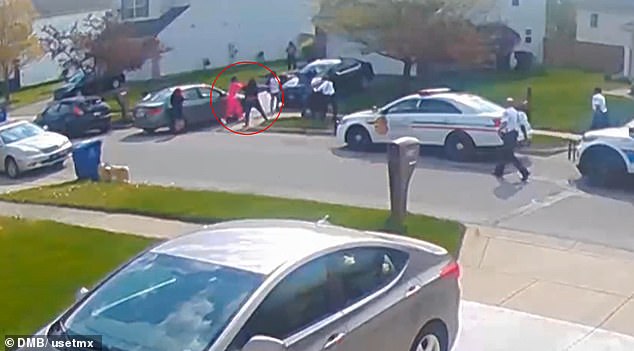 Home security footage has captured a new angle of the shooting of Ma'Khia Bryant as a neighbor said he believes more people could have been killed if the officer hadn't shot the 16-year-old black girl dead in Columbus, Ohio

Ma’Khia Bryant’s military veteran neighbor has said his home security camera footage proves Columbus Police Officer Nicholas Reardon had no choice but to shoot the black 16-year-old because more people could have been killed if he hadn’t acted.

Donavon Brinson told Fox News Thursday morning he believes Bryant could have fatally stabbed the young woman she was seen lunging at with a knife if the cop hadn’t opened fire in Columbus, Ohio, Tuesday afternoon.