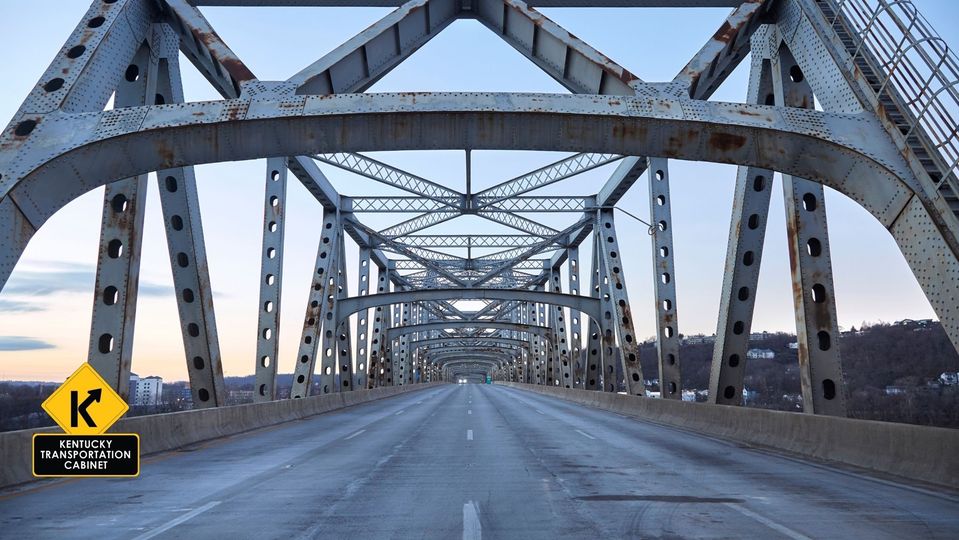 COVINGTON, Ky. (April 22, 2021) – The Kentucky Transportation Cabinet announced that travel on the northbound deck of I-71/75 will be reduced to a single lane across the Brent Spence Bridge through the weekend. The additional lane restrictions follow a Thursday afternoon incident that occurred injuring an employee of Kentucky Transportation Cabinet who fell from a containment platform onto the closed portion of the lower deck.

The employee was transferred to a local hospital for evaluation and has been released.

North Star Painting Co. has been hired by the Kentucky Transportation Cabinet (KYTC) to complete a routine maintenance project on the Brent Spence Bridge that includes cleaning and painting the bridge. The employee was part of the crew that was completing work on the bridge at the time of the incident.

“The safety of those working on the bridge is the highest priority to us,” said Bob Yeager, Chief District Engineer for KYTC’s District 6 Office. “We are working with the appropriate law enforcement and workplace safety personnel to conduct a thorough investigation to determine exactly what happened. We will provide an update on when two-lane travel will be restored, as well as additional information regarding the incident, as soon as possible.”

About the Brent Spence Bridge

The Brent Spence Bridge is a major thoroughfare for both local and national traffic, connecting two states (Ohio and Kentucky) that are critical to the movement of people, goods, and services. The bridge carries I-71 and I-75 traffic over the Ohio River and has four lanes of traffic on each of the upper and lower decks. The bridge was designed to carry 80-100,000 vehicles per day; it currently carries twice that volume.

In this article:Bob Yeager, Brent Spence Bridge, incident that injured one worker, Kentucky Transportation Cabinet, KYTC, KYTC District 6, Northbound traffic is encouraged to detour around the bridge via I-275, WAZE