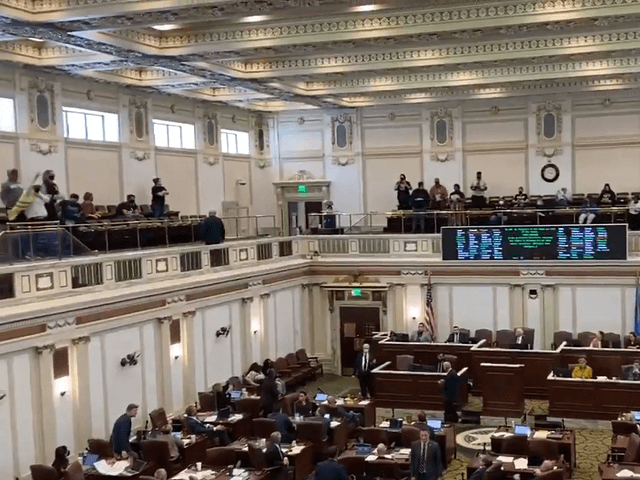 Dozens of Black Lives Matter protesters marched into the Oklahoma House of Representatives chamber on Wednesday to stop the debate of several bills being debated. The marchers shut down the session forcing the House and Senate to lock their chambers.

More than two dozen Black Lives Matter protesters swarmed into the Oklahoma House of Representatives chamber on Wednesday, the Daily Mail reported. Marchers loudly chanted their protest of several bills including one designed to protect people being attacked in their vehicles during protests.