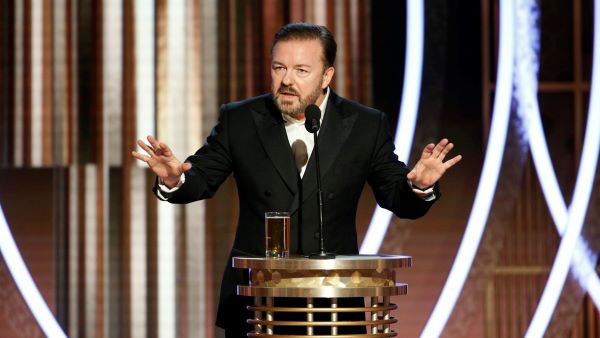 Comedian Ricky Gervais reposted his viral monologue from the 2020 Golden Globe Awards where he slammed Hollywood, and suggested that his remarks were the reason that he was not invited to this year’s Academy Awards.

“It’s The Oscars tonight!” Gervais wrote on social media. “I wasn’t invited. Was it something I said?”