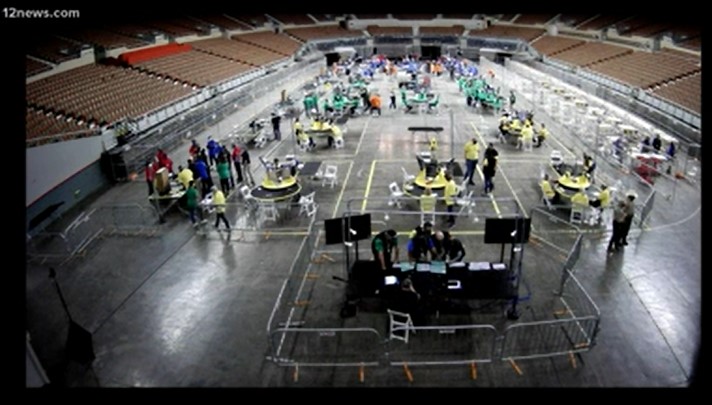 Uncertainty surrounds the Democratic Party’s lawsuit to shut down audit.

Judge Christopher Coury, a Republican appointee, said in a court filing that a lawyer for the firm representing Senate Republicans’ lead auditor had worked as a extern in his office within the last five years.