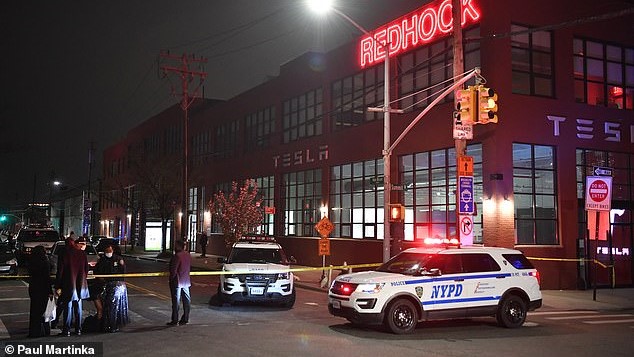 A retired NYPD police officer was shot by a stray bullet leaving a Brooklyn party on Saturday amid a massive spike in shootings in New York City.

Police sources told the New York Post that the unnamed ex-officer, 30, was leaving a party in the Red Hook neighborhood of Brooklyn around 11.30pm when she heard gunshots and realized she had been hit in the stomach by a stray bullet.