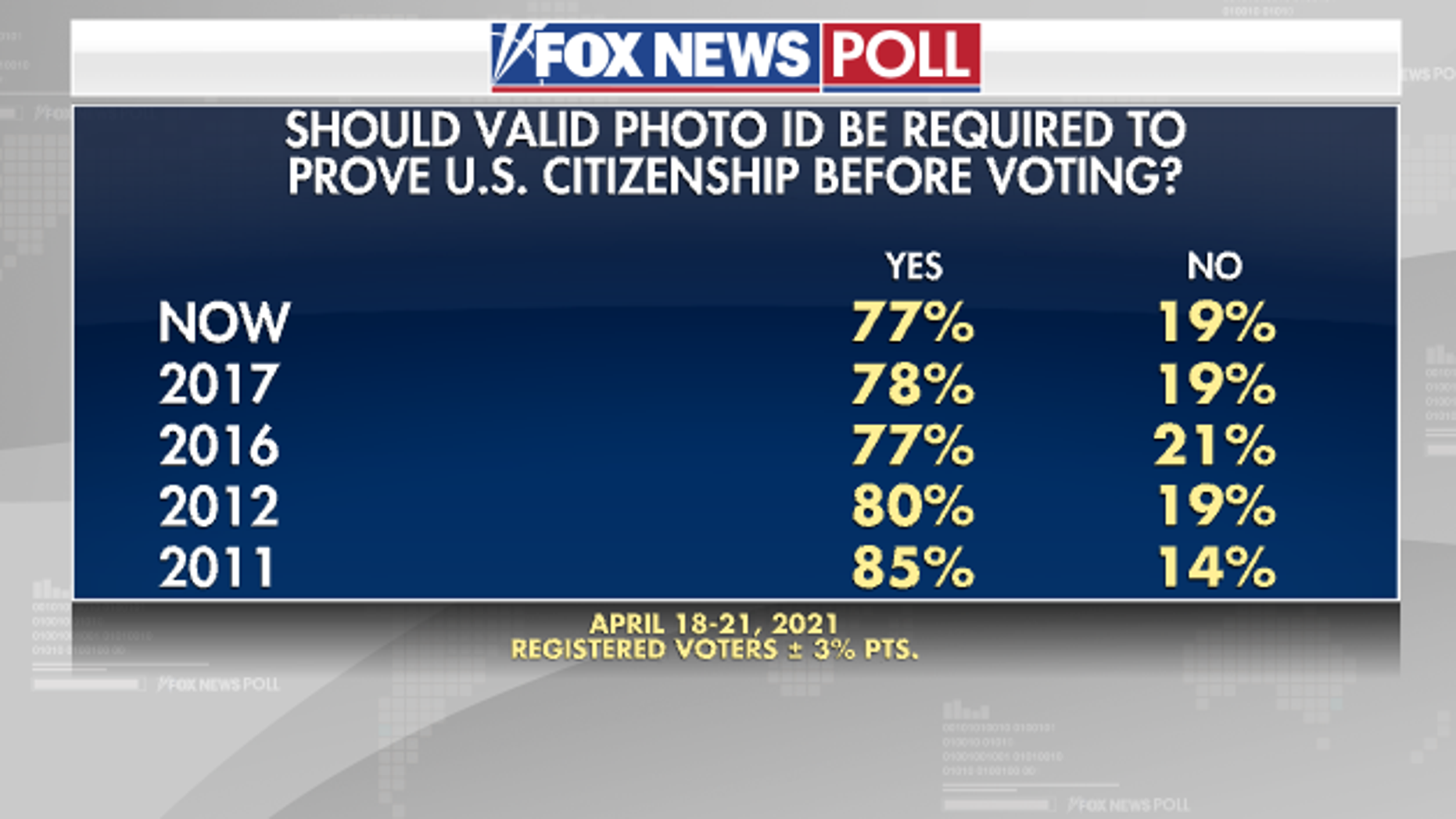 There is widespread agreement on requiring identification before being allowed to cast a ballot.

A new Fox News poll, released Monday, finds 77 percent of voters nationally think “a valid form of state or federally issued photo identification to prove U.S. citizenship” should be needed for voting. That’s down from a high of 85 percent who felt that way when Fox first asked the same survey question 10 years ago.