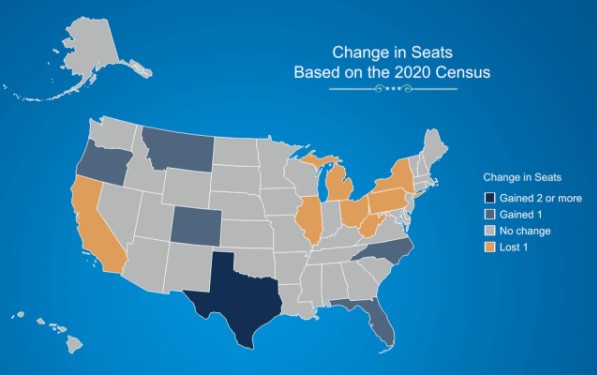 Ohio is among seven states that will lose a congressional seat, beginning with the 2022 election, based on the results of census 2020. Texas will gain two seats.U.S. Census Bureau

CLEVELAND, Ohio – Ohio will have less say in Congress over the next decade.

The number of congressional seats allocated to the state will be trimmed from 16 to 15 starting with next year’s election, the result of counting from census 2020 that showed Ohio’s shrinking share of the overall U.S. population, the U.S. Census Bureau announced Monday.