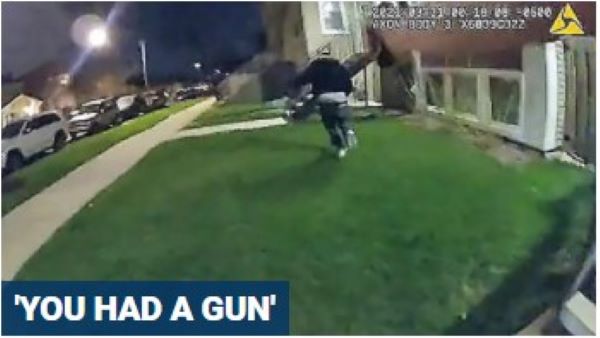 Anthony Alvarez, 22, was fatally shot by Chicago Police on March 31

Newly released police body camera footage shows a Chicago officer fatally shooting a 22-year-old man who was alleged to have a gun while running away from cops late last month.

Chicago’s Civilian Office of Police Accountability (COPA) on Wednesday released dozens of police and third-party videos, as well as 911 call audio and information related to the March 31 shooting of Anthony Alvarez.