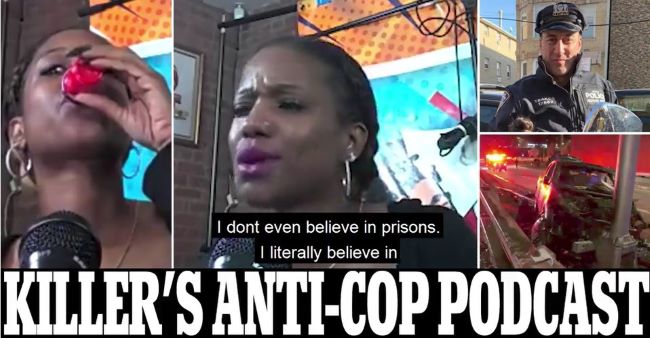 Downed Tequila And Wine, Boasted About Carrying A Knife, Being Pro Capital Punishment – Now Faces 13 Charges And 15 Years In Jail

By RACHEL SHARP and GINA MARTINEZ

A suspected drunk driver who streamed herself on Facebook Live saying ‘f**k the police’ while downing shots hours before she killed a veteran cop in a hit-and-run in New York City boasted about carrying a knife ‘everywhere I go’, it has been revealed.

Jessica Beauvais, 32, posted a 1 hour and 51 minute livestream on her Facebook page Monday evening as part of her Face the Reality radio show where she addressed the trial of white ex-cop Derek Chauvin for the murder of George Floyd, slammed police officers and the justice system and played N.W.A song ‘F**k Tha Police.