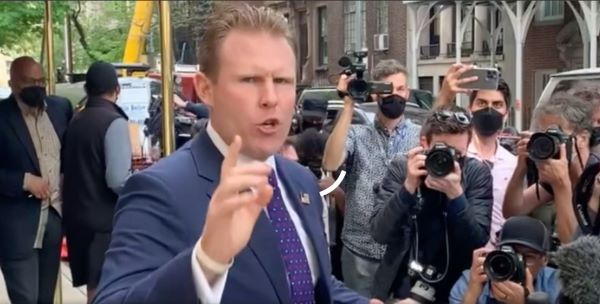 “I am speaking as a son and a concerned American,” Giuliani told reporters outside Rudy Giuliani’s Big Apple home. “Anybody, any American, whether you are red or blue, should be extremely disturbed by what happened here today, by the continued politicization of the Justice Department.