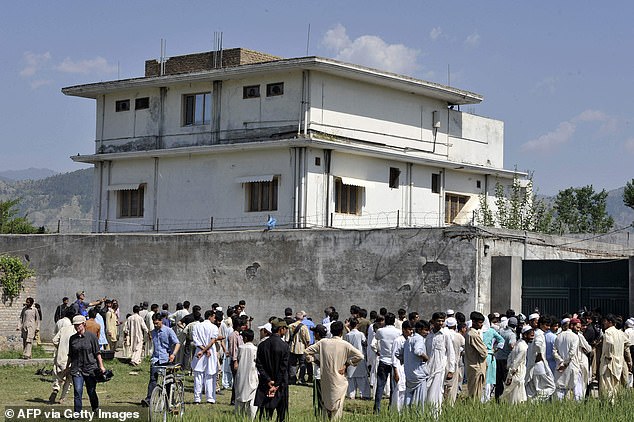 Al Qaeda, now headed by the Egyptian jihadist Ayman al-Zawahiri, has been seen as a diminishing force by the West since Bin Laden's assassination by US special forces on May 1, 2011. Pictured: Bin Laden's compound in Abbottabad, two days after his death

Al Qaeda has vowed to ‘wage war on all fronts’ against the US unless they retreat from the entire Islamic world.

Speaking ahead of the tenth anniversary since Osama Bin Laden’s death, two operatives said the terrorist network is planning a comeback as President Joe Biden prepares to withdraw all US forces from Afghanistan by September 11.