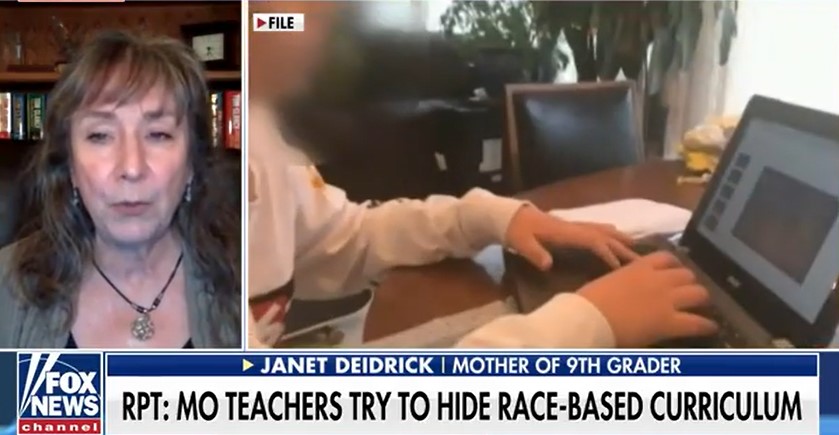 The mother of a Missouri ninth-grader said Friday she was “upset” to learn that Rockwood School District was accused of hiding certain race-based curriculum from parents.

“We were very surprised at this,” Janet Deidrick told “Fox & Friends.”

According to a memo obtained by The Daily Wire, the Rockwood School District hid race-based content from their curriculum after backlash from parents who were concerned.