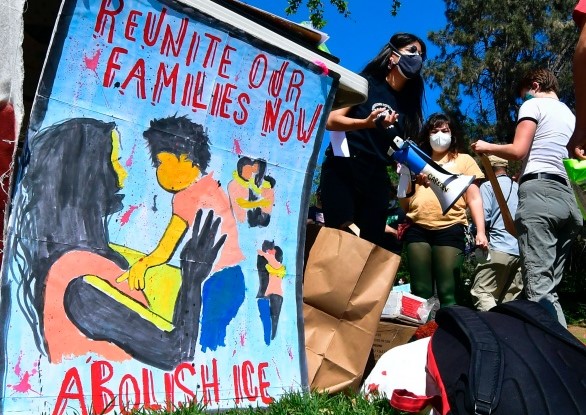 Activists gather for a "Reunite Our Families Now" rally in Los Angeles, California on March 6, 2021, to protest continued deportations under US President Joe Biden, urging that ICE (Immigration and Customs Enforcement) be abolished and calling for the closure of camps where immigrants are being held. (Photo by Frederic J. BROWN / AFP) (Photo by FREDERIC J. BROWN/AFP via Getty Images)

The survey comes as U.S. officials deal with a surge of immigrants crossing the border and states like New York take heat for including payments to thousands of workers living in the country without legal permission in its $212 billion budget deal.