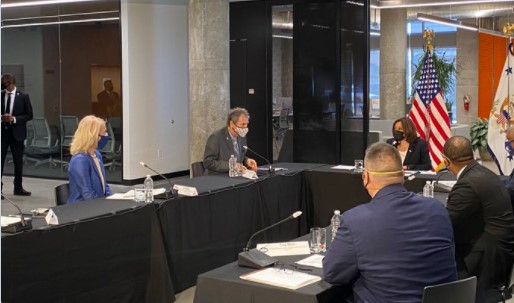 If Cincinnati area community leaders were hoping for a definitive this-bridge-is-our-priority statement from the vice president Friday, they didn’t get it.

After Kamala Harris arrived at the University of Cincinnati’s Innovation Hub, the roundtable discussion centered on generalities and philosophical views about transit until a reporter asked as she was about to depart if the bridge would make the administration’s top 10 list for funding.
“Well, I can tell you that I know about the Brent Spence Bridge and it is a very important bridge in America,” the vice president answered.