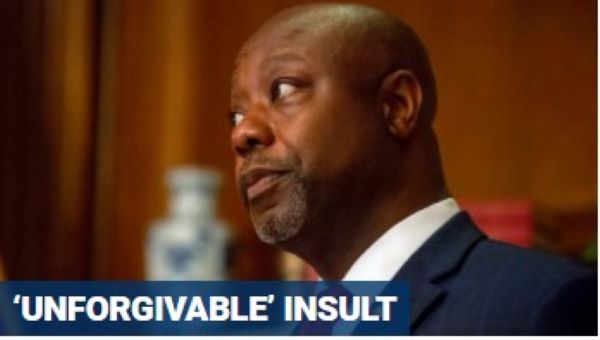 A Texas Democratic official is facing calls to step down from his role after he called Sen. Tim Scott, R-S.C., a racial slur.

“I had hoped that Scott might show some common sense, but it seems clear he is little more than an oreo with no real principles,” Lamar County Democratic Party chair Gary O’Connor wrote in a now-deleted Facebook post, referring to Scott’s rebuttal to President Biden’s Congressional address on Wednesday.